The Evolution of Women in Science 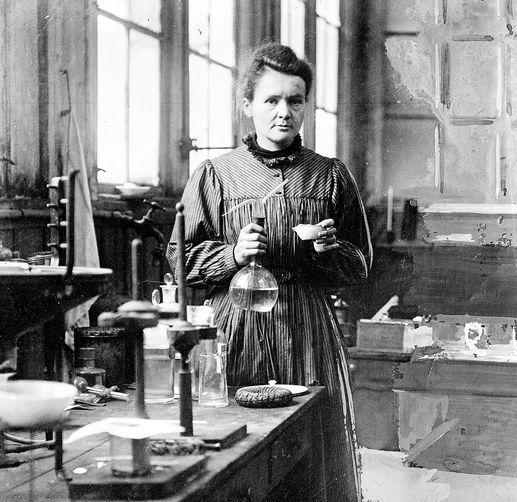 This is Marie Curie. You probably know who she is, one of the most prominent scientists of all time, she was the first and only person in history to win two separate Noble prizes in two separate sciences. She pioneered radiation research and discovered two new elements. However, Marie was also denied membership at the French Academy of Sciences because she was a woman. Throughout her incredible career, she faced enormous amounts of sexism, and yet you’ve heard of her. Despite all the obstacles, she was able to succeed in her career and was recognized for her achievements, but what about the women that didn’t? What about the women who were denied that same recognition for their work? How many other historical female scientists can you name?

According to UNESCO, only 30% of the researchers are women. Although more and more women are enrolling in university, many are excluded from the highest levels that would allow them to pursue a career in research.

These inequalities between men and women in science are not new. In Ancient Greece for example, many women worked alongside Pythagoras on the study of natural philosophy, nature, and the physical universe. However, all the works were published under the name of Pythagoras, so it is impossible to know which scientific advances can be attributed to women. Religion and culture also prevented the education and participation of women in science despite the success of some.

Even in the nineteenth century, women in Europe were still excluded from the world of science and technology in the name of their so-called natural inferiority. Only a few intellectuals from the enlightened aristocracy contributed to the progress and participated in scientific debates, while women occupied subordinate, mostly technical positions. At the end of the nineteenth century, most European countries democratized access to education, resulting in a de facto increase in the number of female students and researchers, despite gender prejudice and even the denial of their discoveries. These pioneers opened breaches in this male world and were recognized, even if they were awarded the Nobel Prize sparingly.

So why are women disadvantaged in scientific fields and what are the efforts that are made to increase their participation?

Margaret Rossiter, an American historian of science, offered some concepts to explain the reasons behind the data in statistics and how these reasons disadvantaged women in the science industry. The first concept is hierarchical segregation. This is a well-known phenomenon in society, that the higher the level and rank of power and prestige, the smaller the population of females participating. The second concept included in Rossiter’s explanation of women in science is territorial segregation. The term refers to how female employment is often clustered in specific industries or categories in industries. Women stayed at home or took employment in feminine fields while men left the home to work.

Over the last twenty years, the international community has redoubled its efforts to promote scientific research for women. Thus the L’Oréal-Unesco Prize for Women in Science, created in 1997 to reward accomplished women researchers who have contributed to scientific progress in the life and material sciences. Since 2000, 5 women researchers, one from each continent, have been distinguished each year. Let us also mention the International Day of Women and Girls in Science, celebrated every February 11th since 2015 at the initiative of the United Nations. The European Platform of Women Scientists EPWS, an international non-profit organization, bringing together networks of women scientists and organizations committed to gender equality. In the same spirit, the Supernova Foundation is a program designed to inspire and encourage young women to pursue careers in physics, in particular by connecting undergraduate students with established female researchers around the world for mentoring. Finally, more and more women scientists are now using Youtube and other platforms to promote a positive image of science for women: for example, Tania Louis in biology or Valentine in geology, TedX conferences..etc. And with 2020 Nobel prizes going so far to Andrea Ghez for physics, Jennifer A. Doudna and Emmanuelle Charpentier for chemistry, and Louise Glück for literature, there are now 57 women who have been awarded a Nobel Prize out of the more than 900 recipients.

We are in a knowledge-based society, a knowledge-based economy, which requires the mobilization of all talents in order to progress, i.e. men and women. By not increasing the number of women, we are in fact depriving ourselves of some of the talents that would enable us to be more effective and creative in this knowledge economy. The negative sides of a poorly respected parity is that scientific research can sometimes become biased. It focuses more on a male vision of the world that is not representative of our society.

In some medical fields for example, influence works both ways. Let’s take osteoporosis for instance: this disease has always been considered to be linked to a problem of hormonal deficiency at the time of menopause. We have therefore been interested in osteoporosis in women, but not in men, even though there is a pathology. In the cardiovascular field, it is the opposite: it has always been considered that men had myocardial infarctions and not women, whereas today we realize that women are considerably affected. There are therefore biases in the way research is directed and analyzed because of this disparity. So what can we do about it ?

Today, despite the disappearance of institutional obstacles, the place of women in the production of knowledge remains marginal, even more so in the private sector than in the public sector (universities, research centers). On the other hand, the number of women in universities is decreasing as one moves up the hierarchy. A gender division of labor has thus been reconstituted within the university. Women are more inclined to be involved in teaching and administration than in research, whereas the academic career is essentially determined by research programs and scientific publications. The valorization of research, as presented in the 1999 Innovation Act and continued in the 2006 Orientation Act, is an important change in the institution in which women and men academics work. It can therefore change their place and role in this institution but also in society. The thesis that we have highlighted is that it is important, in order to understand the place of women in the university, to be interested in the changes and social roles of this institution.

One thing to say to young girls in particular: don’t let others decide what you can do. It is up to us women to discover our possibilities and our limits. We must not wait for others to do it for us, we must not allow ourselves to be imposed paths by others. It is a form of mobilizing feminism not to simply accuse others of putting up barriers, but to try ourselves, with boldness and confidence, to push the door and take initiatives. And to say to oneself each time, if the desire to dare one’s way is there: why not me ?

Imane Lakbachi is 22 years old, and lives in Casablanca, Morocco. She holds a Bachelor Degree in Computer Science, is a trainee working in the Social Media department at “Fatima Al-Fihri Open University.” Imane is also a Young Leader at “Women Deliver”; a leading global advocate that champions gender equality and the health and rights of girls and women, the Country Coordinator of Morocco at “IYAFP”, The “NASA International Space Apps Challenge” Award Winner and Alumna, a Literacy Ambassador at The World Literacy Foundation and finally a Young Social Leader at “World Merit”, a radically inclusive, universal community of young changemakers, based in Liverpool, who are committed to realizing the (SDGs).